Kuku Yelanji and Koko Lama Lama woman Kerry Klimm has recalled her horror when one of her primary school-aged sons brought home a book he’d borrowed from the  library about indigenous Australians.

Published almost 30 years ago in 1992, the book makes ‘very disturbing’ claims about life expectancy and suicide of Aborigines.

The book claims many Aborigines die in police custody and that ‘no one knows why’.

‘Possibly it is because many Aborigines have drunk too much alcohol when they were arrested. They are not used to being stuck in tiny cells and cannot bear it, so they kill themselves,’ it states.

The same book tackles the big gap between the life expectancy of indigenous and ‘other’ Australians.

‘This is not because the Aborigines are physically different from other Australians. It is because they have the worst housing, diet and education,’ it states.

Ms Klimm posted this and other shocking examples found in other library books at her sons’ school to raise awareness.

‘Two years, ago my son brought home this book from his primary school library. He was excited to show me & my heart sank as I flicked through,’ Ms Klimm tweeted on Wednesday.

‘After finally meeting with librarian, her and I spent every Monday for two terms going through books. Removing those that clearly should not be there.’ 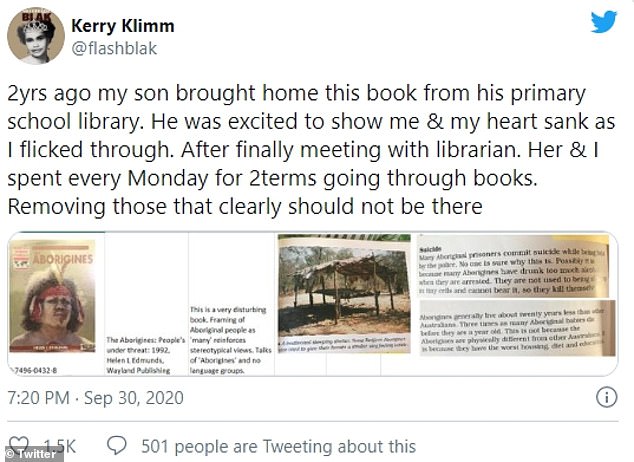 She said the pair were shocked to find more disturbing and factually incorrect content in other outdated books.

Another Australian history book targeted at children claimed the British tried to make Aborigines follow the ‘European way of life’ and were forced to settle down to ‘become farmers, forget their religious beliefs and become Christians.’

Another item published just five years ago describes female activist and Australia’s first Aboriginal magistrate Pat O’Shane as a ‘he’ and a politician.

The same book says the Aboriginal dot paintings originated so the indigenous could keep their sacred teachings ‘private from white man’.

Ms Klimm said the librarian was originally nervous but gradually became motivated to not only get rid of outdated books but also find more appropriate content. 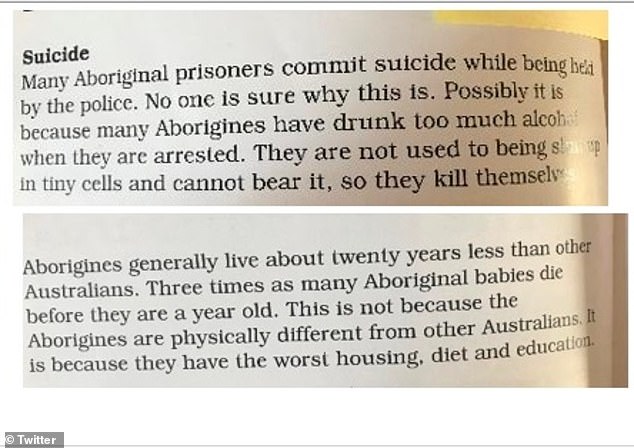 Ms Klimm says she expressed concerns to the Queensland Department of Education, which fell on deaf ears.

She’s now on a mission to encourage other parents to speak up about the content in their children’s libraries.

‘I know non-Indigenous people were motivated to do the same at their kids’ school, state libraries & other institutions. But more needs to be done,’ Ms Klimm wrote.

‘I’m also tweeting this as I’m f***ng done with all the excuses by white people. Teachers being racist to black kids & our kids having to take a stand to get any action. Netball teams leaving the only black player out of game during ‘Indigenous round’.

She has been inundated with support since speaking out on social media.

‘You have done so much work already and I’d say every library will have these books! Your process has provided a learning tool along the way. Education Queensland are mad not to listen to you! All libraries need this!,’ one woman commented.

Her views also prompted a response from the Australian Library and Information Association, which acknowledged libraries could do better.

‘A valuable reminder that libraries need to stay connected and mindful of their communities to work towards becoming culturally safe and relevant,’ the organisation wrote.

‘We have a long way to go, and it comes down to all of us to continue to educate ourselves, listen to these voices that are calling for change, and act on them.’ 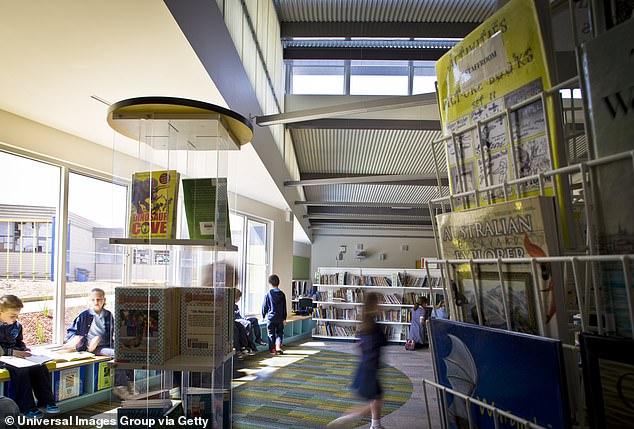 Behind The Scenes With The Black Members Of Biden’s Team

Africa: Sport in Africa After Covid-19