It’s a fraught business being a Christian activist in the Australian context, according to Meredith Lake, historian and host of ABC Radio National’s Soul Search.

“[Australia] is, after all, the place that coined the phrase ‘Bible Basher’ along with ‘Wowser,’ precisely to describe temperance women, and related social reformers. It’s a national sport really to make fun of the kind of people that we might consider perhaps becoming.”

Lake made the comments while moderating a panel discussion which took place in Sydney last month, exploring what Christians could do and be in the 2020s. Entitled ‘Evangelical Faith, Past, Present and Future’, the event, which kicked off Anglican Deaconess Ministries’ School of Theology, Culture and Public Engagement 2020, involved well-known Christian activist and former World Vision CEO Tim Costello, Aboriginal leader and CEO of Common Grace Brooke Prentis, International Justice Mission Australia executive Jacob Sarkodee, and Sarah C Williams, a research professor of history from Regent College in Canada.

“[Australia] is after all the place that coined the phrase ‘Bible Basher’ along with ‘Wowser,’ precisely to describe temperance women, and related social reformers. It’s a national sport really to make fun of the kind of people that we might consider perhaps becoming.”

Williams, an historian, began by suggesting that after making a good start in the Western world of the 18th and 19th centuries, evangelicalism – as a culture transforming activist faith – arrived at a watershed moment in the 1970s. Now, she acknowledged, the most vocal exemplars of evangelical faith seem to have surrendered their Biblical vision to popular political narratives, and so polarised their churches. But Williams also noted that some see hope for a reinvigorated Biblical Christian activism among Millennials.

Costello noted that one of the issues with evangelical activism today is that while evangelicals admire heroes of the past, they’re uncomfortable with taking action themselves.

He recalled a time when he presented the film Amazing Grace – the cinematic story of William Wilberforce and the community known as the Clapham sect, whose Christian activism over 40 years eventually led to the abolition of the slave trade in Britain in 1833 – to conservative Christian politicians in Canberra.

The response from 21st century members of the Australian Parliament was to propose a Clapham sect of their own – a move which Costello then endorsed as a “great idea”.

“But of course, the first item on your agenda at the Clapham sect will be getting kids out of detention. Well they looked shocked and they walked off,” he said.

Aboriginal leader Brooke Prentis reminded the audience that Aboriginal Christians – affected by colonial and immigrant expressions of activism – have a different history to make sense of in facing the future.

“There were some good missionaries but there were also some horrific things that happened,” she said. 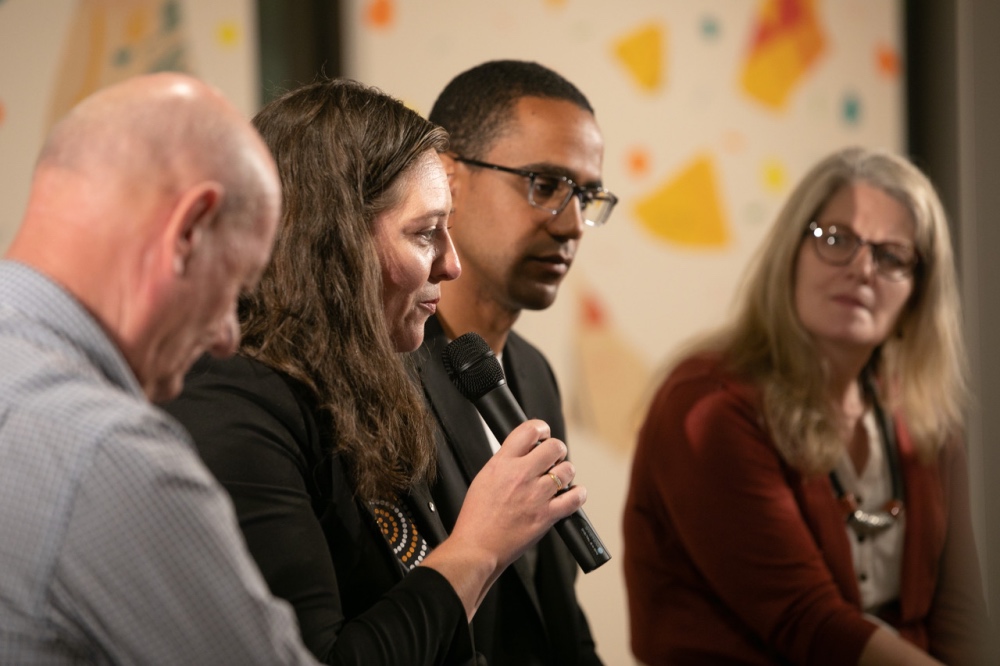 Speaking of the infamous Cherbourg mission in Queensland by way of example, she told of the grandmother of her friend who, with other Cherbourg residents, walked in chains for 300 kilometres under the hot sun to another place.

Yet, despite these experiences, Prentis said, “The majority of Aboriginal Australians are Christians.”

The panelists were unanimous in expressing their optimism that a cultural shift is taking place in Australia and around the world, delivering a more prayerful Christian activism and a new openness toward faith.

For Costello it has been evident when journalists or hosts at the book events for his newly released memoir direct most of their questions towards his Christian faith.

“I have journalists ringing me up to interpret the Bible for them. That’s never happened to me before.”

“I have journalists ringing me up to interpret the Bible for them,” he said. “That’s never happened to me before.”

Williams, meanwhile, suggested the best way to describe her optimism is through the word “smell”, asking what it smells like for the church to get it right?  She explained that Millennials and the generation following them have an acutely sensitive sense of smell.

“They smell hypocrisy, and they smell dissonance and they smell the differences between our beliefs and our embodied everyday practices. They smell it a mile off. And if they might not be able to hear anything since their concentration has been diminished to the microsecond, they might not be able to see anything because they might not read anything, and their visual capacity is so frayed by all the movement, but they have a really highly developed sense of smell. And in my opinion the only thing that really matters is whether our lives radiate the fragrance of Christ.”

Jacob Sarkodee told of a new awareness among Christians of the way rulers around the world use violence in their treatment of the poor and people on the margins.

“We’ve been seeing the church in the last few years, particularly in the global south, rallying in this response to a prophetic ministry to rulers.” He said.  “When we see some 20,000 churches hold a Freedom Sunday, a day [which] they dedicate…to exploring the Biblical basis for justice, for praising the God of justice, lamenting the injustice in their own communities, the violence that is meted out by the powerful upon the vulnerable, you see something that is unifying in 50 countries, and IJM doesn’t even operate in 50 countries. There is this sense of listening and hearing and smelling this fragrance we have just talked about.” 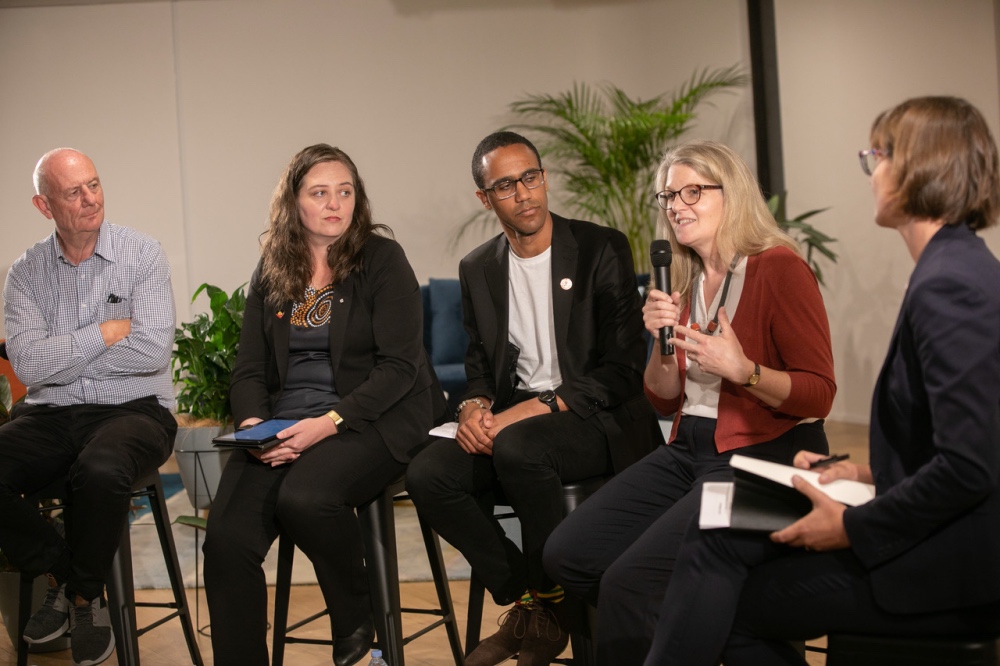 Looking forward, Lake posed the question of how to redress the unresolved issues of the past 100 years of evangelical faith. The panelists were unanimous in advocating the time-honoured daily disciplines of entering the presence of God in prayer and Bible reading, both in solitude and in community. They all especially noted the critical nature of prayer where in Jesus’ presence their own hearts get changed towards the people they are called to serve.

Prentis, who invited the audience to attend Aunty Jean’s call to prayer at St Andrews Cathedral the following evening, could see that what Christians can do and be to positively influence Australia doesn’t have to remain unclear.

“What we are actually calling people to is a different future, a future that we as Aboriginal Christians are calling Christians across the church to come together to centre ourselves on the call of Jesus,” she said. “There’s no left of Jesus, or right of Jesus, there’s just Jesus.“

Tim Costello is a member of Sight’s Advisory Board.

James to deliver up to $26.7M to Southern Tier to combat opioid crisis