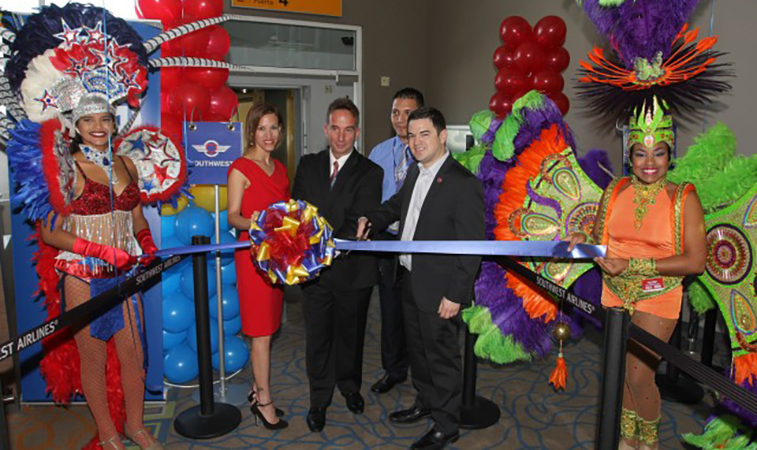 The island of Aruba was one of Southwest’s very first international destinations when it began such operations in 2014.

Aruba welcomed back Southwest from Baltimore on 5 November, with the LCC offering a once-daily service and significant connectivity over the Maryland airport.

Southwest began Aruba in July 2014 with services from Atlanta, Baltimore, and Orlando.

Southwest had just over 199,000 seats to/from Aruba last year, OAG data shows. It ended the year with a 5.8% share of the airport’s international capacity – its highest yet.

“We are thrilled to welcome back Southwest Airlines to Aruba. Airlines are connected to airports through mutual commitment and dependence to recover and grow again as we experience fundamental changes in the aviation industry.

“It has been a tough journey, but when there is teamwork and collaboration wonderful things can be achieved.

“Thank you, team Southwest, for the continued support and partnership as we gradually restore your network connectivity!” 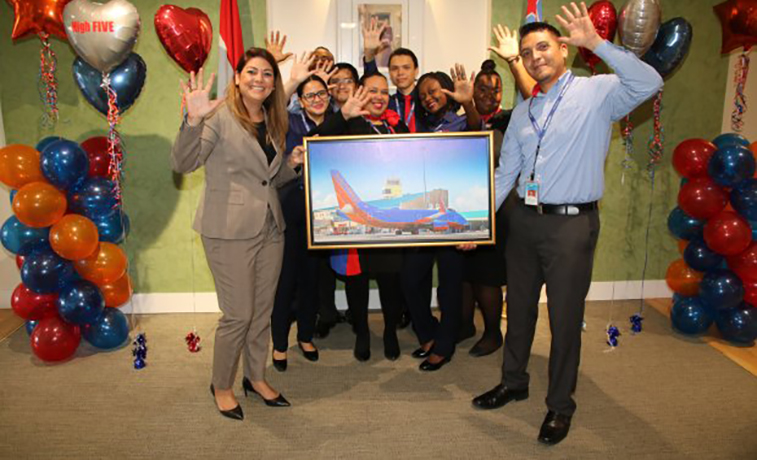 The airline’s growth in recent years was from introducing Fort Lauderdale in 2017 and meaningfully growing capacity since then to Boston and New York JFK.

New York JFK was Aruba’s number-one route last year, on which JetBlue had over six in ten seats.

Adding to its existing routes to island, a daily service from Newark is coming on 19 November. This is part of JetBlue’s strong growth this winter at the New Jersey airport, with 27 routes in all – including 11 to the Caribbean.

This winter, Aruba will have more JetBlue capacity from Newark than the likes of Montego Bay, Providenciales, Nassau, St Maarten, and Barbados.

Both JetBlue and Southwest contributed strongly to Aruba’s 2.2 million seats to/from the US in 2019, with this country the island’s top with 63% of international seats.

And the Caribbean country has just been selected as JetBlue’s first to have entry testing for coronavirus.

“Aruba is honoured to partner with JetBlue to be the first Caribbean country to offer this innovative seamless entry testing to streamline the travel process and to make our ‘one happy island’ even more accessible,” said Ronella Tjin Asjoe-Croes, CEO of Aruba Tourism Authority.

As JetBlue said: “Reliable, accurate, and convenient testing is a vital key to safely resuming leisure travel and invigorating the economy.”  And it is something that the airport warmly supports. 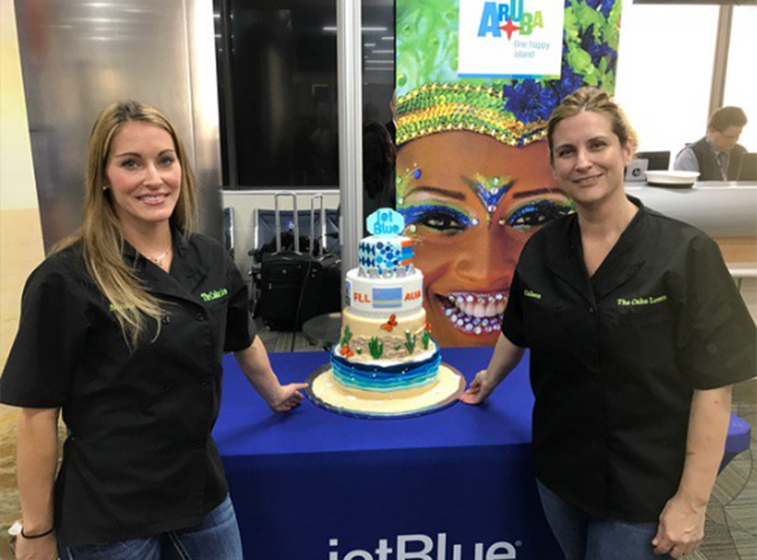 How to fight flu and infections using bush fruit and trees

How to fight flu and infections using bush fruit and trees