“I don’t even do it to get high anymore, I do it to stop from getting sick,” said Dannie Brown, right, after snorting heroin with fellow addict Keith Minor on a Baden stoop on Thursday, Feb. 6, 2020. Brown, who works in a nearby thrift shop, made $25 that day after paying off debt owed to the business owner. The rest went to heroin, enough to get him through the night. “It’s taking over my life.” Photo by Robert Cohen, rcohen@post-dispatch.com 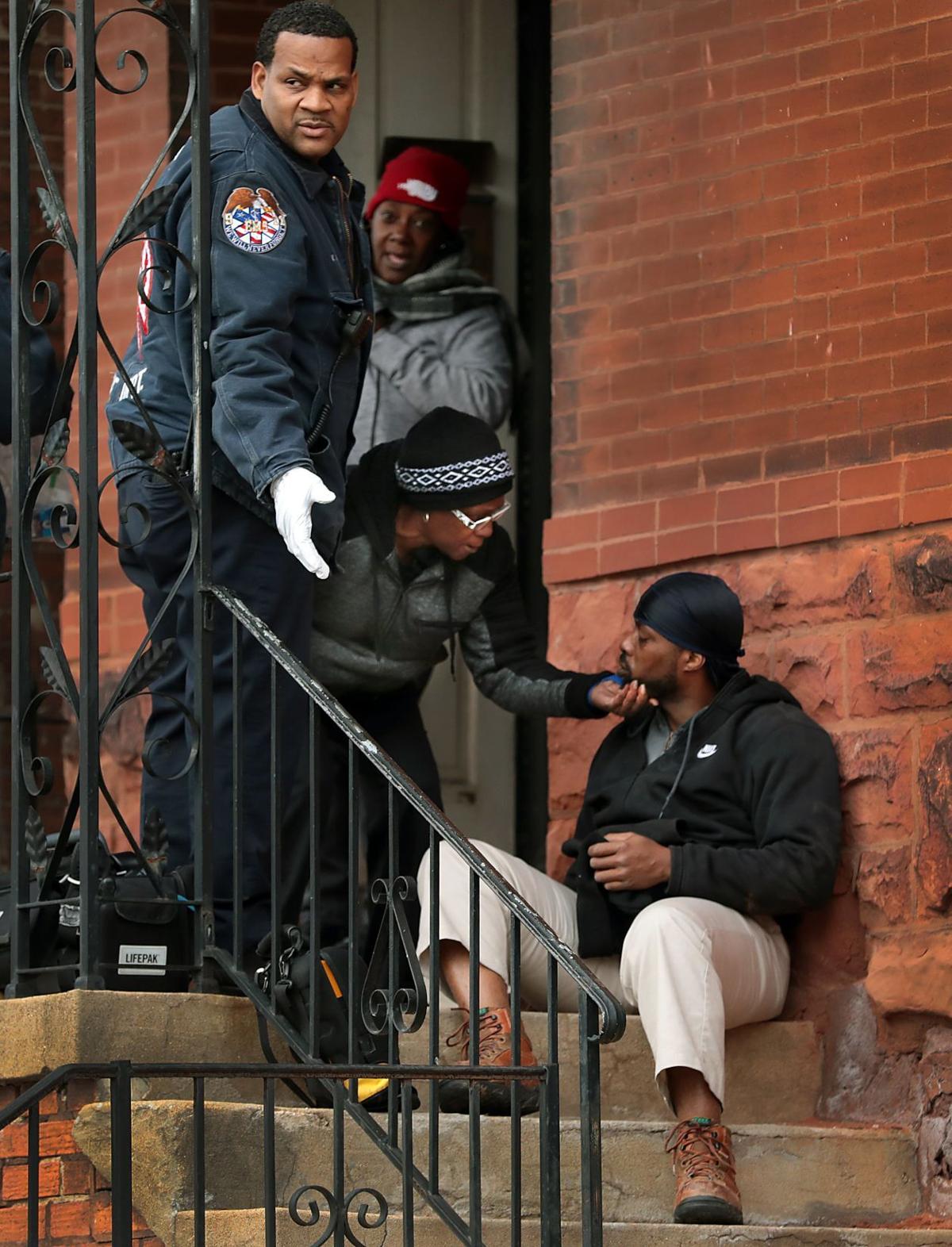 An unidentified man is checked on by his aunt after being revived from an overdose by St. Louis Fire Department paramedics on Wells Avenue near N. Kingshighway on Friday, Feb. 7, 2020. A neighbor said that two men dropped him off in front of his mother’s house and fled the scene. Photo by Robert Cohen, rcohen@post-dispatch.com 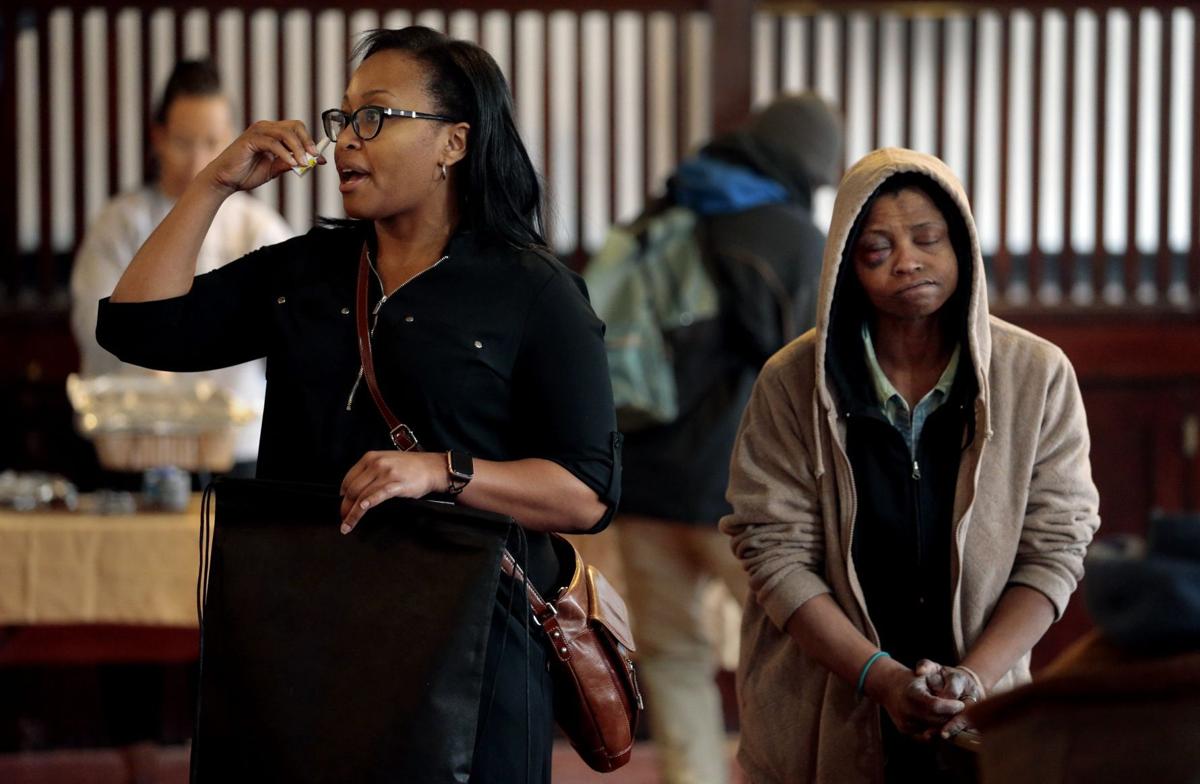 Dr. Kanika Turner, a physician at Family Care Health Centers, demonstrates the use of Narcan to save people who overdose during a prayer breakfast at St. John’s United Church of Christ in the Fairground neighborhood on Saturday, Feb. 8, 2020. Turner handed out boxes of the drug to homeless people from the neighborhood who attended the breakfast. Many have already used the nasal spray to save friends. Photo by Robert Cohen, rcohen@post-dispatch.com

ST. LOUIS — Already on a deadly run in recent years, the number of Blacks dying from drug overdoses here and in St. Louis County spiked 54% in the first half of 2020, setting off alarm bells among those who work in this space.

“These figures reflect what we are hearing from many of you on the ground: the overdose crisis has reached a new level and is an urgent state of emergency,” Rachel Winograd, who helps administer millions of dollars in opioid response grants in Missouri, wrote in an email Wednesday to stakeholders.

“The increases among Black males and females are devastating — particularly when we consider 2019 was already a record-breaking year for Black men,” she added. “This shows us how much our continued efforts are needed … as well as the need to develop new strategies and partnerships.”

Reached by phone Thursday, Winograd said the situation couldn’t be any worse.

“We are witnessing genocide of Black people in our region,” she said. “What is going to spur government and institutional leaders to act — with money, reallocation of funds, investing in the people who live and work in these hardest hit areas to bring them the resources they have always been asking for?”

Mining or indigenous rights: Does it have to be one or the other? - Emerging Europe

Aaron Pedersen is not the same type of top male

This Black Woman Has a Company That Mentors Over 1,000 Prisoners