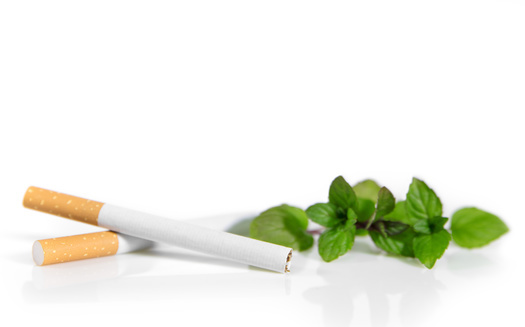 Supporters of a ban on flavored tobacco in Minnesota say menthol cigarettes historically have been used to recruit new smokers, especially in African-American communities. (Adobe Stock)

ST. PAUL, Minn. — A proposed flavored tobacco ban for Minnesota has seen some movement in the Legislature. While lawmakers are shifting their focus toward the coronavirus threat, supporters of the ban hope it regains momentum when normal schedules return.

The measure would prohibit the sale of all flavored tobacco products, including menthol cigarettes. LaTrisha Vetaw, health policy and advocacy manager at NorthPoint Health and Wellness, said finally seeing policy that addresses menthol sales hits home for her, given the impact such products have had on her family.

Tobacco companies have been accused of preying on communities of color with menthol products. Supporters of the ban say it also would curb teen use of vaping liquids.

Opponents say it would push them to use regular tobacco, while expanding the market for unregulated products. The ban has been advancing through House committees, but has seen little action in the Senate.

Should the bill win final approval, Vetaw acknowledged it could be a challenging transition for communities that have long been targeted by tobacco companies. But she said cutting off access definitely will work in the long run.

“Just like my nieces and nephews don’t understand me talking about smoking in bars and restaurants, there’ll be a generation of kids who don’t grow up seeing tobacco products all over their corner stores,” she said.

The ban is one of several tobacco-control measures recently debated at the Minnesota Capitol.

Advertisements
Disclosure: American Heart Association of Minnesota contributes to our fund for reporting on Health Issues, Smoking Prevention. If you would like to help support news in the public interest, click here.

Methanex to shutter Titan because of covid19

Methanex to shutter Titan because of covid19