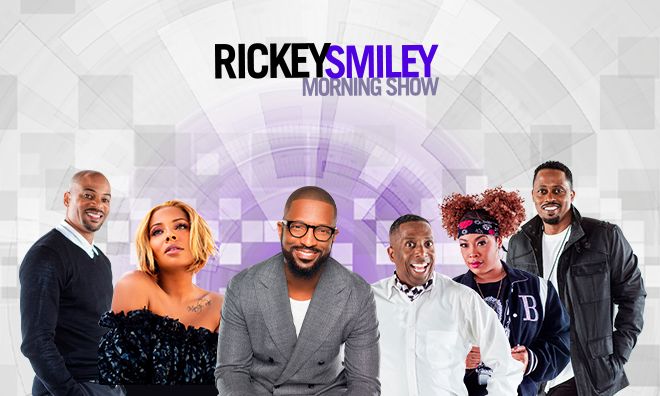 The Rickey Smiley Morning Show has made the move to Urban AC stations, replacing the Tom Joyner Morning Show, according to Ebony.

The radio program returned to the airwaves on Jan. 6 with a newly formatted program “enhanced with fresh and energetic soundtracks of R&B hits that adults want to hear” and “expanded social and digital opportunities” that are tailor-made for his audience.

The show airs weekdays from 6-10 a.m. ET/5-9 a.m. CT on the 70 stations once occupied by Tom Joyner. The beloved host revealed in June that Rickey would succeed him as the morning anchor following his retirement at the end of 2019.

“We are thrilled to continue our long-standing relationship with Reach Media to bring Rickey Smiley’s new show to listeners of CMG’s top-rated Urban AC stations in Miami, Orlando, and Jacksonville markets,” Cox Media Group’s Vice President of Content and Audience Tim Clarke says in a statement to Radio Facts. “Rickey has been a fantastic partner to Cox Media Group for many years and we are so excited to see him begin this new chapter.”

The Rickey Smiley Morning Show was recognized by the National Association of Broadcasters in 2017 as the recipient of the Marconi Award for “Top National/Syndicated Talent.”

“We are thrilled that Tom Joyner’s legacy will be carried on by the multi-talented Rickey Smiley,” said REACH Media Inc Vice President of Affiliate Relations Melody Talkington. “Over the past 16 years, I have had the privilege to watch this show develop into a Marconi Award-winning morning show. What makes this extra exciting is the continuation of our long-standing partnership with the Cox Media Group.”

Rounding out the list of personalities connected to the Rick Smiley Morning Show: