Kirli Saunders, Amelia Telford and Rae Johnston will be speaking at All About Women in Sydney this weekend.

Kirli Saunders says she felt “too white to be black, too black to be white” growing up in the NSW Southern Highlands.

“I was probably six or seven when I experienced the first big bout of racism in the classroom,” she tells SBS News.

“A teacher asked me to stand up in front of the class to show what an Aboriginal kid looks like after a terrible stereotypical teaching of Aboriginal culture and history.”

“I looked at this teacher and the stuff they’d taught and thought, ‘I don’t see my family in that and I’m not that’.”

The Gunai woman has connections to Yuin, Gundungurra, Gadigal and Biripi people and is now an international children’s author, poet, educator and artist who manages the Poetry in First Languages program at Red Room Poetry. The Sydney-based organisation supports poets around the country and aims to make poetry meaningful for young people, First Nations artists and other marginalised voices.

Saunders says helping Indigenous children connect with their language and heritage helps them shed any shame they may feel about not previously relating to or understanding their Indigenous culture.

“At the end of the day, I see students stand a bit taller. They’re mixing with First Nations kids from other schools they’ve never met before and they feel seen in their communities.”

Saunders is driven as an educator and poet by finding more effective examples of inclusive teaching at school and at home, and says her mother is chief among her influencers.

“While I’ve been learning about language and cultural identity, Mum’s been learning about hers, too. She was removed as a kid, so we’re really blessed with this parallel journey of grappling with what it means to be 21st-century custodians and to walk that journey with other women.”

Saunders will be speaking this weekend about finding power in belonging and the role of women and intergenerational knowledge in that process.

“Aboriginal cultures in Australia are largely matriarchal,” she says.

“You walk into a room and go, ‘This person has authority here, or this person is a leader or teacher or counsellor’. Them being a woman is an integral part in them holding this space and shaping it for anybody who follows on.

“It’s not just women for women, it’s women for community.”

“My earliest memories are all to do with our parents instilling values in us as kids around what it means to look after one another and look after the land,” Amelia Telford says.

At 25, the Bundjalung and South Sea Islander woman has become a driving force in the fight for climate justice that recognises the necessity of First Nations leadership. 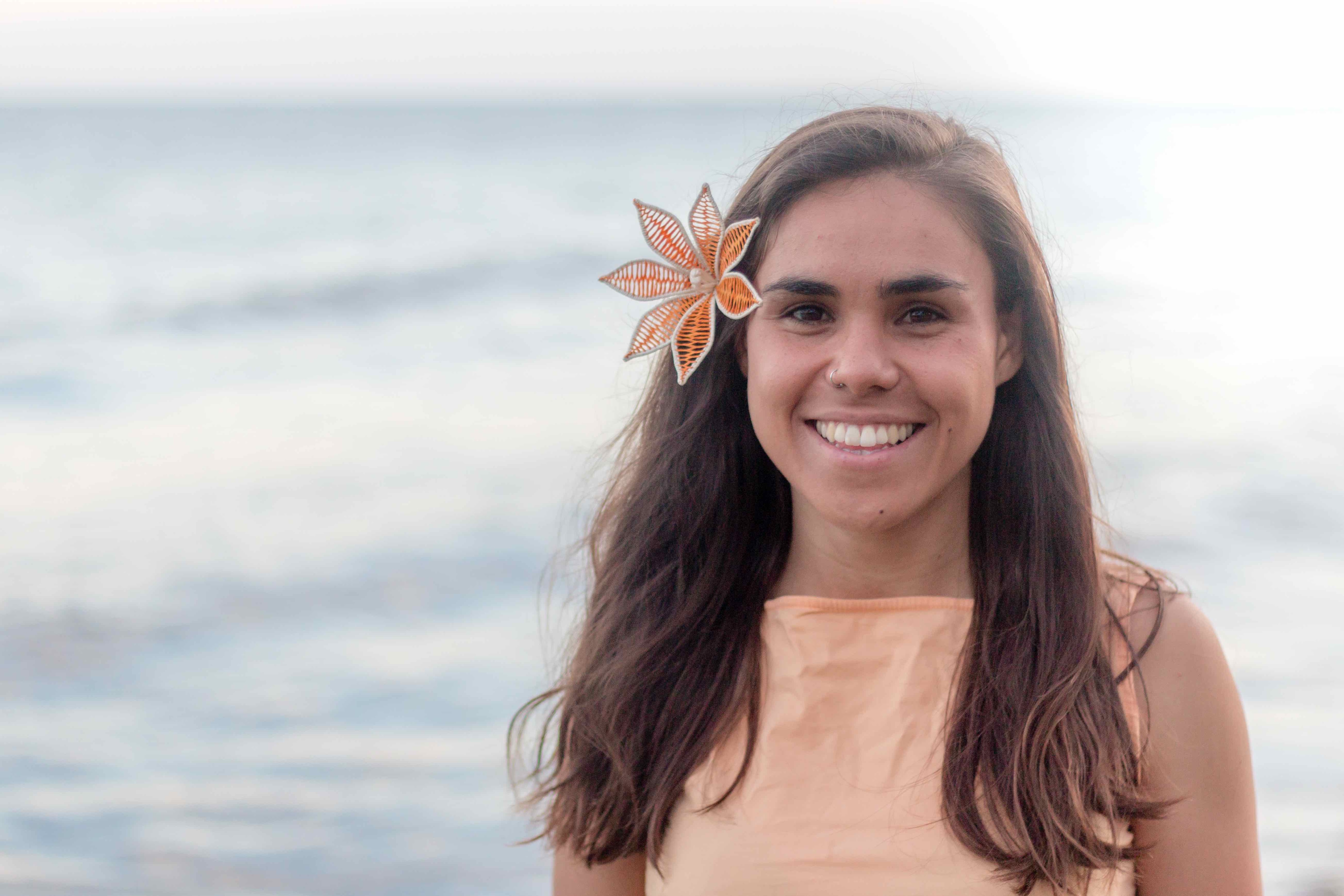 Her devotion to the cause grew from childhood experiences on the NSW Northern Rivers, where she saw coastal erosion and extreme weather events changing the face of the landscape.

“Our connection to country is so important, but it’s something a lot of non-Indigenous people don’t deeply understand. Country is who we are, it’s how we identify ourselves, it’s in our blood and has been for thousands of years.”

“A big part of what we do is work with communities who are protecting their land and water from fossil fuel projects. That might be the Adani mine in Queensland or fracking in the Northern Territory, and transitioning away from fossil fuels to renewable energy.”

And she’s getting results.

“We’ve just seen a huge win in South Australia with [energy company] Equinor pulling out of the Great Australian Bite for oil drilling.”

The cycle of “business as usual” must be disrupted by a unified society if we hope to heal the country, Telford says.

Journalists are often required to become temporary specialists in far-flung fields, but early on Rae Johnston pinned her expertise to science.

“I love astrophysics, I love medicine, I love biology, I love geology. That’s why I’m a science journalist, so I can live vicariously through them in that way,” she says. The Sydney-based Wiradjuri woman and mother-of-one previously specialised in videogame journalism and is now NITV’s science and technology editor at SBS.

She will be speaking with renowned astrophysicist Jo Dunkley this weekend about the women who are often overlooked in this field.

Johnston says the most effective scientific problem-solving happens within diverse teams, and Indigenous sciences must be recognised and utilised in STEM work.

“We [Indigenous Australians] have [developed] chemistry, treating nuts and plants so they become edible; we conducted experiments over thousands of years; we were the world’s first astronomers and documented that in our art, songs, language and the stories we’ve passed down. To have First Nations’ voices in these fields is completely necessary.”

She says it is also imperative to let knowledge lead inclusion, not tokenism.

“I will often get asked to be at events because I’m Aboriginal and not because I have expertise in a certain area.”

“I try to avoid that happening because I find when we spread ourselves too thin and be experts on everything that happens to be Aboriginal, we don’t get to shine and really excel at what we do.”

All About Women takes place at The Sydney Opera House takes place on 7-8 March. International Women’s Day is marked on 8 March.

Olivia Gee is a freelance writer based in Sydney.

Biden Win Means Some Guantanamo Prisoners May be Released

Mahama Has Nothing To Offer You