This Woman Created A 24-Hour Movie Channel For Black Stories 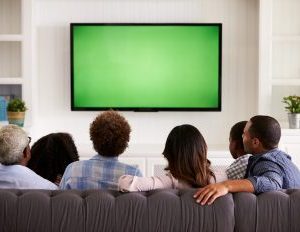 Streaming has become the main way people consume entertainment. Platforms ranging from Netflix to Hulu have been dominating movie and television platforms with 24/7 content. For one entrepreneur, creating a streaming platform became a way to share black stories across the globe through a new 24-hour movie channel dedicated to the culture.

DeShuna Spencer is the founder and CEO of KweliTV, one of the only digital streaming platforms dedicated to celebrating black culture and the African diaspora around the world. The name of the network comes from the Swahilli word for truth. Spencer was inspired to create the unique platform after becoming frustrated with the lack of diversity in movies and television. Her mission was to create a platform that could tell the global black experiences through numerous stories across the world.

Spencer recently expanded her network to include a new 24-Hour movie channel where viewers can enjoy indie films, documentaries, and web series from black creatives all around the world. Many of the films have been played at notable film festivals and garnered critical acclaim within the film community. Spencer is committed to ensuring that creators get their fair share of the profits offering them 60% of the revenue each quarter.

In an interview with Black Business News, Spencer says that “this year, KweliTV is laser-focused on spreading our content across various distribution channels to make it much easier to reach our audience in a number of ways. Given the fact that COVID-19 is disproportionately impacting our community’s health and pocketbooks, our live, free channel allows us to connect with customers who may be experiencing financial challenges.”