‘Our history is better than the US’: Tony Abbott says protesters shouldn’t link police brutality in America with indigenous deaths in custody in Australia

Tony Abbott has pleaded with Australians to not compare Aboriginal deaths in custody with police brutality in the US, claiming the histories of the two countries are ‘not comparable’.

The former Prime Minister weighed into the debate about the Black Lives Matter movement gaining momentum in Australia and worldwide, three weeks after African American George Floyd died during an arrest when a police officer knelt on his neck for nine minutes.

Thousands have since take a stand for the rights of indigenous Australians with more than 70,000 flocking to mass protests across the nation last weekend.

While Mr Abbott admitted Australia has ‘atoning to do’ for wrongdoings against the indigenous in the past, he insists there was no evidence to suggest the justice system discriminated against them. 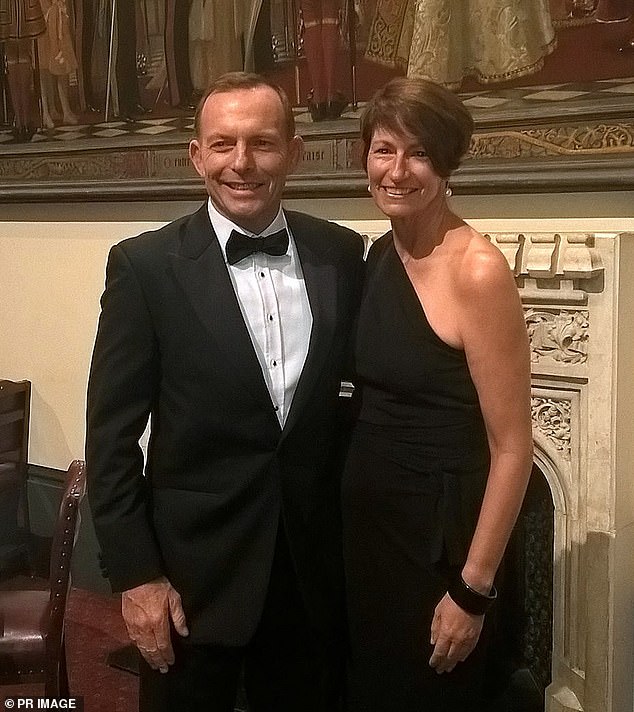 ‘The higher indigenous incarceration rate is a function of the higher indigenous offending rate. It is absolutely tragic. But we know that when it comes to domestic violence and a lot else, this is much worse in Indigenous communities than most parts of the country,’ Mr Abbott told the Sun Herald.

It comes a week after Mr Abbott was made a companion of the Order of Australia for his service in parliament and for ‘significant contributions to trade, border control, and to the Indigenous community’.

Around 4.7 per cent of Aboriginal men are behind bars, compared to 0.3 per cent of non-indigenous men, according to new figures recently released by the Australian Bureau of Statistics.

Aboriginal children are 24 more times more likely to be imprisoned than their non-Indigenous counterparts.

While Mr Abbott said he understood protesters’ urge to take a stand of solidarity in the wake of Mr Floyd’s death, he doesn’t believe Australia’s history is comparable to the US. 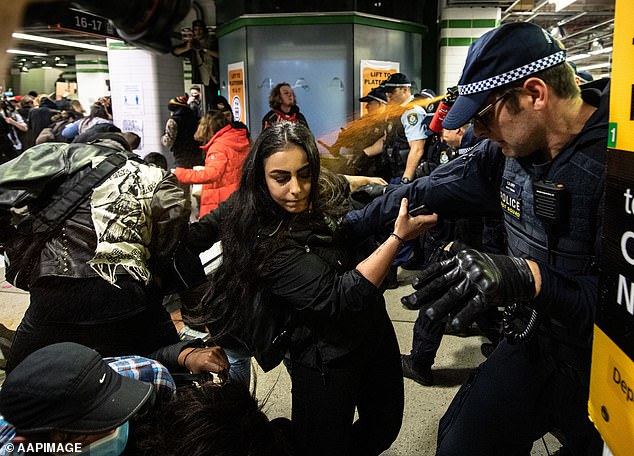 The former prime minister called on local Black Matter lives protesters to not link police brutality in America with indigenous deaths in custody in Australia. Pictured is a female protester being sprayed with pepper spray by police at last week’s protest in Sydney

‘While I don’t say that our history has been blemish-free, and obviously we have our own atoning to do, our history nevertheless has been different and I would say better than that of the US,’ Mr Abbott told the publication.

At least 432 Aboriginal and Torres Strait Islander people have died in police custody in Australia since the Royal Commission into Aboriginal Deaths in Custody report in 1991.

Mr Abbott called on protesters concerned about Indigenous deaths in custody to ‘redouble one’s efforts to make a difference’,

He also pleaded with other would-be protesters to wait ‘a few weeks’ for lockdown restrictions to ease before taking to the streets. 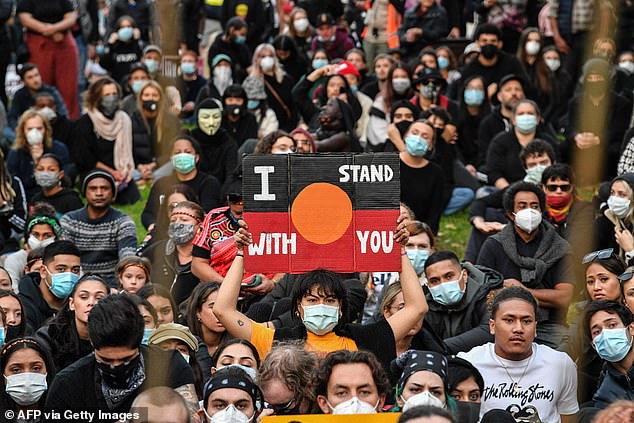 It will be another week before we will know if last weekend’s mass protests sparked a fresh outbreak of coronavirus cases.

Mr Abbott’s comments come a day after the bronze bust on the statue of the former Prime Minister was vandalised with red paint and defaced with ‘offensive symbols’ in Ballarat’s Botanical Gardens early Saturday morning.

The statue of former leader John Howard was also vandalised.

Victoria Police is investigating the incident.