A white Oklahoma police major said in a shocking interview that African Americans in the US are being killed ‘less than they probably ought to be based on their crimes’.

Maj. Travis Yates with the Tulsa Police Department spoke on The Pat Campbell Show in a radio interview on Monday slamming the movement to defund the police while breaking down statistics on police violence against black people.

Yates, who has come under fire in the past for his incendiary comments on race, argued that systematic racism does not exist within the police system.

He said 24 percent of police shootings in Oklahoma killed black people and of that demographic two percent were unarmed, citing data from the Washington Post’s fatal police shooting database. 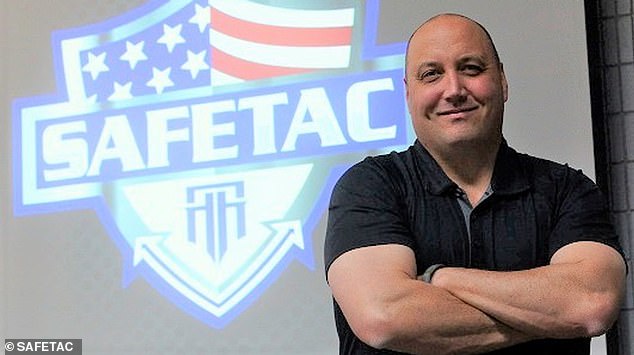 Maj. Travis Yates with the Tulsa Police Department said ‘we’re shooting African Americans about 24% less than we probably ought to be based on crimes’ in a radio interview on the Pat Campbell show on Monday

‘You get this meme of, “Blacks are shot two times, two and a half times more” and everybody just goes, “Oh, yeah,” Yates said. ‘They’re not making sense here. You have to come into contact with law enforcement for that to occur.’

‘All of their research says we’re shooting African Americans about 24 percent less than we probably ought to be based on the crimes actually being committed,’ he added based on his interpretation of the data. 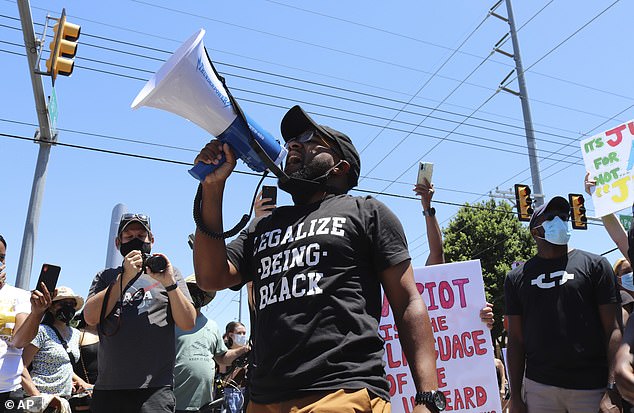 Yates condemned protests for George Floyd saying justice has already been served as the white cop who killed him, Derek Chauvin, is already in jail. Protesters in Tulsa, Oklahoma pictured Saturday May 30 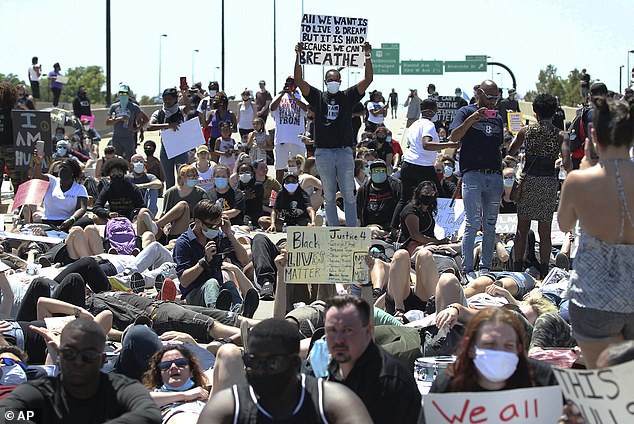 Protesters pictured lying down on Interstate 44 in Tulsa, Oklahoma on Saturday during a George Floyd protest

Yates then pointed out that based on unarmed data the number of African Americans and white people killed is nearly identical.

‘Since 2015 until yesterday out of all the African Americans shot unarmed it was two percent and out of all the whites unarmed was three percent. So we’re literally shooting more unarmed whites,’ he said.

‘By the way if we’re shooting people off of behavior and not off race it should be even, and it’s pretty darn close, even,’ he added.

Yates condemned the peaceful protests breaking out across the country to decry police brutality and demand justice for George Floyd – the 46-year-old black man who was killed by a white Minneapolis police officer after he dug his knee into Floyd’s neck for nearly nine minutes.

According to Yates, having the officer behind the killing – Derek Chauvin – arrested is justice itself.

‘The officer was arrested the next day. They were prosecuted, they were fired. What are you doing? What do you mean, “justice?'” Justice at this point has been done,’ he said. 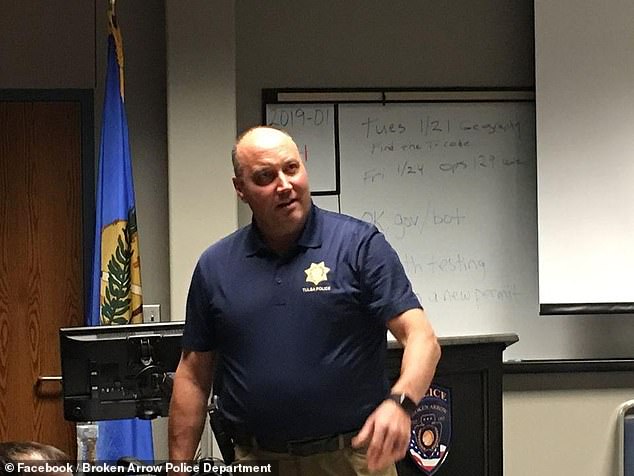 He claimed there’s no systemic racism in policing saying: ‘It doesn’t exist’ 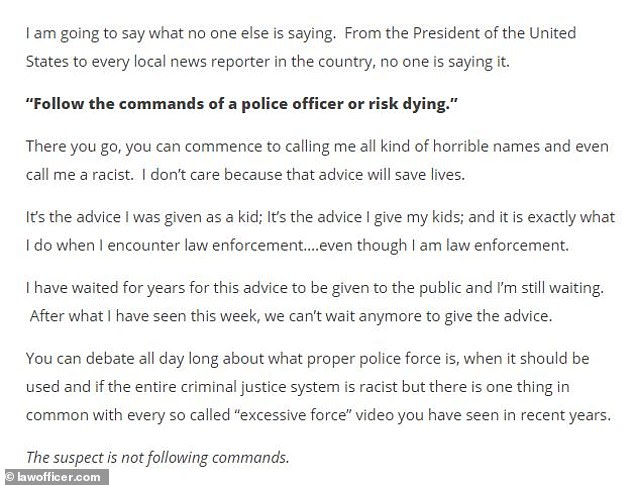 Also in 2016 he wrote another shocking essay saying: ‘Follow the commands of a police officer or risk dying’

‘Well, then it turned into systematic racism, systematic police brutality,’ he added.

He doubled down saying: ‘This is what they’re trying to say that all these changes need to come from: this is why we’re protesting, this is why we’re rioting. Because of systematic abuse of power and racism. That just doesn’t exist.’

Yates explained that he’s against the movement to defund the police department saying ‘Of course I don’t support it.’

But his outspoken stance on policing and race has landed him in hot water with the public.

‘I received two death threats over the weekend, and if this is a viable threat, you better bring your friends, cause it’s not going to be pretty for you,’ he said.

In 2016, Yates came under fire for an essay declaring American police were ‘at war’ and implied that they were fighting Black Lives Matter activists.

Also in 2016 he wrote another shocking essay saying: ‘Follow the commands of a police officer or risk dying.’

In his piece he said: ‘Would we even know where Ferguson was if Michael Brown would have simply got out of the street like the officer had asked him to do?”‘

Yates’ essay led the police chief to transfer him and condemn his message.

In 2018 he wrote an open letter to Tulsa Mayor G.T. Bynum saying that disproportionate policing in black neighborhoods was not racism and said the police presence there was the result of ‘fatherless homes’

On Tuesday TPD Capt. Richard Meulenberg said ‘everybody’s got a right to their own opinion’ and said Yates was speaking for himself, not the Tulsa Police force.