The national electoral commission Ceni has yet to announce results from Saturday’s election, which passed off peacefully in the West African nation.

But Gilbert Bawara, minister of public functions and a strong supporter of the president, told AFP Sunday: “The lead of President Faure Gnassingbe is well above 50 percent, and even more than 60 percent.

“Victory is assured but it is up to the Ceni to independently proclaim the results,” he added. “We are optimistic and anticipate a clear victory in the first round” of voting.

A source in the president’s office added that “UNIR (the ruling party) has held on to all its traditional strongholds and has even done better everywhere, including in difficult areas in the south and in Lome.”

A widely expected win by the incumbent would extend more than a half century of dynastic rule over the former French colony by Gnassingbe’s family despite broad disillusionment over its failure to drag many out of poverty.

Agbeyome Kodjo, who was prime minister under Gnassingbe’s father, had emerged as a dark horse challenger looking to stop Gnassingbe’s bid for a fourth term in office, after winning the backing of an influential former Catholic archbishop.

He invited journalists to his home late Saturday to claim a thumping victory for himself while alleging fraud.

“Considering the revelations of fraud which marked this ballot, it is impossible for the outgoing candidate to be elected in the first round,” Kodjo said, adding that he based his assertion on 60 percent of the results.

“I have the conviction that in the coming week, I will lead this country,” he said, describing the vote as a “veritable tsunami” in his favour.

After voting ended on Saturday, troops briefly surrounded Kodjo’s home and that of the former Lome archbishop, Monsignor Philippe Kpodzro, a move the authorities said was for their “own safety”. 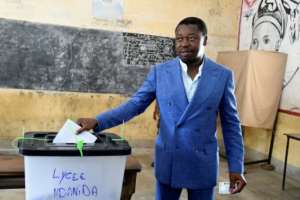 Kodjo claimed the authorities had used ballot stuffing to skew the results in the incumbent’s favour.

He said figures from various polling stations showed he was in the lead in the capital Lome and the coastal region and had “good scores” in other areas.

The election commission has promised to release the official results on Monday.

Gnassingbe has led the country of eight million people since taking over in 2005 following the death of his father Gnassingbe Eyadema, who ruled with an iron fist for 38 years.

The situation around Lome was calm Sunday morning, an AFP journalist reported. Internet connections appeared to be sporadically interrupted however.

The authorities banned hundreds of local observers from monitoring the election and cancelled the system of electronic security at the last moment. 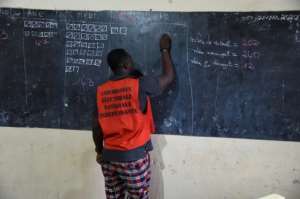 Some 300 international observers were deployed, mainly from the Economic Community of West African States (ECOWAS) and the African Union, with many African states supporting the incumbent.

Six opposition challengers have suggested they will unite against Gnassingbe if he fails to win an outright majority and the election goes to a second round.

In 2017 and 2018, Togolese authorities faced major protests demanding an end to the family’s five-decade rule.

Despite economic growth of around five percent, around half of Togo lives on less than $1.90 per day.

But the demonstrations faded in the face of government repression and squabbles among the opposition.

In May, Gnassingbe oversaw an overhaul of the constitution that allowed him to run this year — and potentially remain in office until 2030.

Togo has so far managed to prevent the bloodshed spilling over and its army and intelligence service are considered to be among the most effective in the region.

With Passing Of B. Smith, Legacy Of Grand Lady of Style Lives On

With Passing Of B. Smith, Legacy Of Grand Lady of Style Lives On