A local council has rejected a request to fly the Eureka Flag, claiming the national symbol represents ‘persecution’ and ‘white supremacy’.

Requests had been made for the flag to be flown outside of Unley Town Hall in Adelaide for two weeks from November 22 to commemorate the 166th anniversary of the Eureka Rebellion.

The Eureka Rebellion saw gold miners revolt against the colonial authority of the UK over expensive miner’s licences in Ballarat, Victoria in 1854.

Spirit of Eureka SA convener Peter Harpas requested the Eureka flag be flown outside of the Town Hall in Unley, an affluent neighbourhood in inner Adelaide.

Unley City Councillors rejected the request to fly the flag on Monday over concerns blue and white banner is now problematic in a modern context.

Another councillor, Jennifer Bonham, said the council needed to ‘acknowledge the Chinese were persecuted on the goldfields’.

‘The Eureka flag can also be a symbol of that persecution,’ she said.

Meanwhile, councillor Jordan Dodd said there were ‘negative connotations of the flag’ and that it is used for the ‘oppression of smaller groups’.

Councillor Don Palmer also opposed the flag because he believed it is associated with the ‘bully tactics’ of trade unions.

Unley is an inner-southern suburb of Adelaide known for its well-heeled and cosmopolitan residents and is full of trendy cafés and restaurants. The median house price is one million dollars. 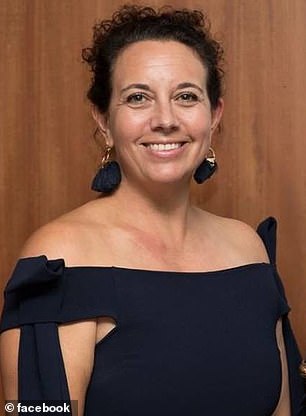 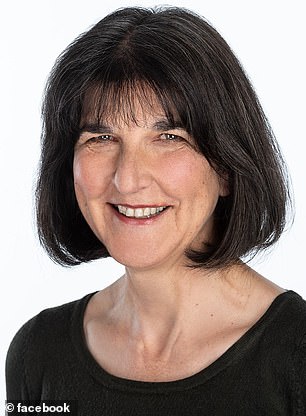 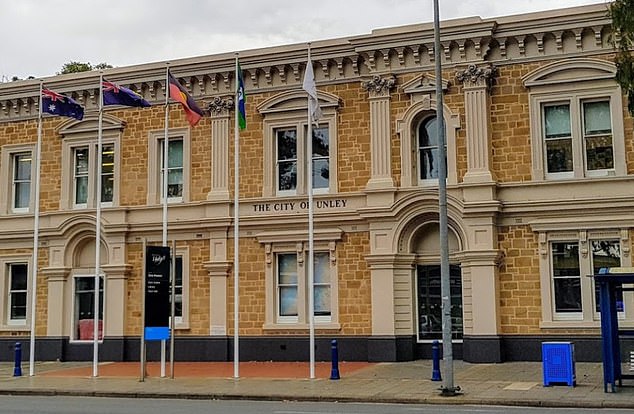 Spirit of Eureka SA convener Peter Harpas, who made the request, said he Eureka Rebellion was a ‘defining moment of Australian multiculturalism’.

Do you think the Eureka Flag is racist?

He pointed out that two black men were among the rebels trialled for treason after the rebellion.

The rainbow LGBTIQ flag will be flown outside the council town hall later this year.

The Australian Gold Rushes began in the 1850s and saw a huge increase in Chinese migration Down Under.

Chinese miners often worked in groups of 30 to 100 men under the direction of a leader, which resulted in their gold digging efforts being very successful.

European miners became jealous of Chinese success, which resulted in violent anti-Chinese protests, most notably the Lambing Flat riots in NSW from 1860 to 1861. 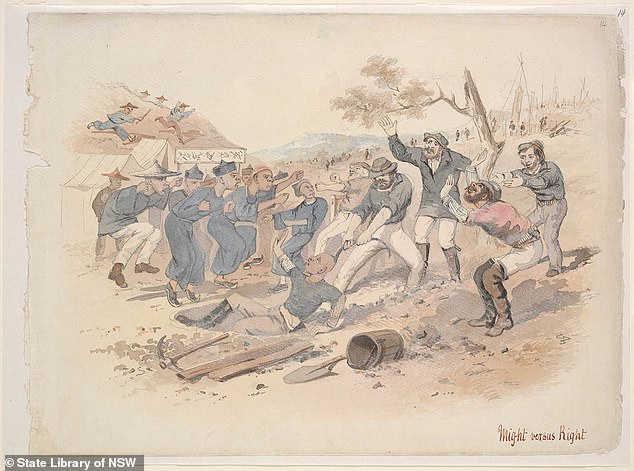 An illustration of European miners attacking Chinese miners in a historic sketch by John Thomas Doyle. European miners became jealous of Chinese success, which resulted in violent anti-Chinese protests, most notably the Lambing Flat riots in NSW from 1860 to 1861

The Eureka Rebellion culminated in the Eureka Stockade battle in 1854, which killed at least 22 diggers and six soldiers.

After the Stockade, a royal commission report suggested Chinese immigration be heavily restricted, which resulted in Victoria’s Chinese Immigration Act in 1855.

The gold rush was also a second wave of dispossession for Indigenous Australians, many of whom had already been forced from their land by pastoralists.

The massive influx of diggers onto their land and the ensuing environmental destruction resulted in terrible hardships for the Indigenous population.

Since the Australian Gold Rushes, the Eureka flag has become a national symbol that is associated with unions, the working class, anti-imperialism and republicanism.

The flag itself is blue with a white cross and white stars in the centre and on each point. It is often a candidate in debates about changing the Australian national flag. 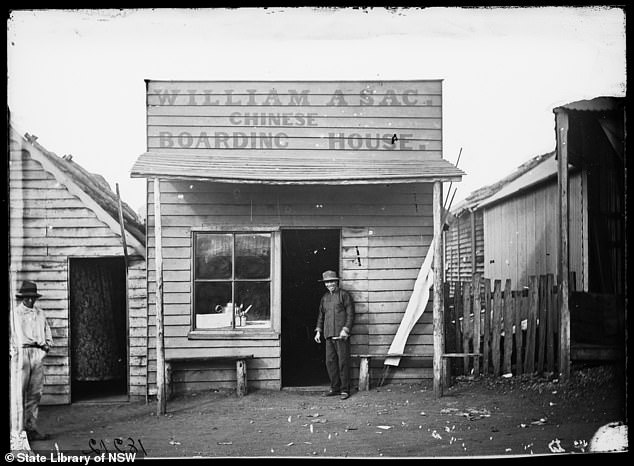 Drew Mitchell responds to Nick Farr-Jones: 'Some of the most naive comments I've ever heard'