We were a quarrelsome people in 2019 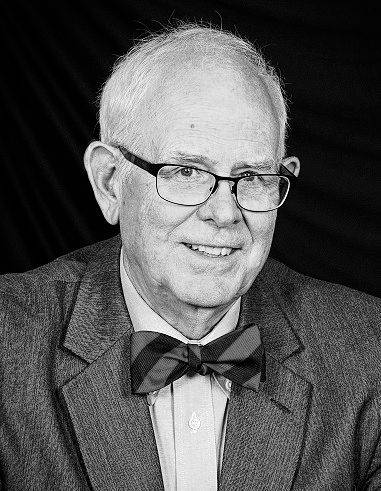 How would you describe the year 2019? I’ve pondered the just-right descriptive adjective and finally settled on the seldom used but highly appropriate word quarrelsome.

We shouldn’t have been surprised. After months of dealing with contention, Margaret Spellings resigned the UNC Presidency at year’s end 2018. It became increasingly evident that our Board of Governors was quarrelsome and overly intrusive into the running of the university system. UNC Chapel Hill Chancellor Carol Folt, who took office dealing with an academic scandal in athletics, ran head-on into the Silent Sam controversy and also chose resignation. The BOG harassed ECU’s Cecil Staton into resigning and then some members inserted themselves into the replacement of his replacement.

After two years of arguments, protests and violence over Silent Sam the BOG attempted to put the issue to rest at year’s end, but their solution resulted in even more contention and threatened lawsuits.

The 2019 session of the legislature, third longest in state history, will be remembered for its quarrelsome ways. Republican leadership lost their veto-proof majorities in both houses in the 2018 elections and faced a governor eager to settle scores from previous knock-downs. For the first time in state history and, after months of negotiations, no budget was passed for the coming fiscal year.

In January Supreme Court Chief Justice Mark Martin resigned. Instead of appointing the most tenured justice, Paul Newby, to replace him the Governor picked the first African American woman to become chief. Newby responded with unprecedented public criticism of fellow justices and set in motion a contentious election in 2020.

Our courts were battlegrounds over gerrymandered congressional and legislative districts, with judges declaring both unconstitutionally drawn. Two sitting congressmen chose not

to run because their new districts weren’t to their liking, and more than the normal number of legislators also retired.

Investigators uncovered absentee ballot fraud in the 2018 elections for the 9th Congressional district; the contested winner himself called for a new election after revelatory hearings. Another court decision proclaimed our legislators had overstepped their authority, so the State Board of Elections was reconstituted with a 3-2 majority of Democrats. They promptly fired respected longtime Executive Director Kim Strach, a Republican.

Another election fraud story never got the attention it deserved. Insurance Commissioner Mike Causey uncovered and reported attempted bribery and influence peddling, a scandal that brought down former Congressman and State GOP Party Chair Robin Hayes, along with executives within the insurance industry.

If 2019 was symbolic of any quarrel it was the one between State Treasurer Dale Folwell and hospitals. As administrator of the State Health Plan, the Treasurer demanded transparency in what its members were being charged for various procedures. Hospitals won the first round, but war isn’t over.

The conflicts between the State Board of Education and the State Superintendent were plenty evident. The controversial Super decided not to run again.

There was the quarrel between the Governor and the legislature over the Atlantic Coast Pipeline, and we cannot forget the fight between the legislature and law enforcement over whether Sheriffs were required to cooperate with ICE in retaining undocumented immigrants.

We haven’t even approached the political wars in Washington, racial tensions, church wars over sexual doctrines, the urban-rural issues or other conflicts.

There were bright spots, however. Our economy is sound, unemployment is low and we avoided major storms, disease and disruption. But we are weary with the current quarrelsome climate. Let us resolve to be more peace-filled and more respectful toward each other in 2020.