Yellow flags but red at heart?

IS BEETHAM GARDENS, a stronghold of the PNM, hoping to wake up under the warmth of the UNC’s rising sun come August 11?

This is the view of the UNC’s supporters, and one in particular who has been vociferous for years.

Sunday Newsday visited the area and spoke with residents who are adamant that the Beetham “gone yellow.”

Leader of the UNC brigade is longtime activist for the party Anderson Wilson. He made headlines in March, when he was convicted of using obscene language to the annoyance of Fitzgerald Hinds, who is once again the PNM’s Laventille West candidate.

In 2018, Hinds was chased out of Beetham Gardens when he visited when the area was flooded. Acting attorney general at the time, he was speaking with the media when a group of young men, some with their faces covered, surrounded him and splashed flood water on him. The group became rowdy as he left, throwing a bucket of the muddy flood water on both him and councillor for the area Akil Audin and shouting, “Wet him down.”

Hinds might not have been popular in the Beetham at that time, but historically, Laventille West has never been in the hands of any party other than the PNM. Even in 1986, when the National Alliance for Reconstruction trounced the PNM by an unbelievable 33-3, Laventille West was one of the three seats the PNM retained (held by the late Morris Marshall).

This time around there are five other contenders. Diego Martin Central is the only other constituency with six candidates.

Asked why, then, he felt the Beetham is now yellow, Anderson said: “Years come, years go, election come, election go – and we saw nothing domestic or commercial to assist the community.”

He added that under the UNC, Beetham Gardens received a community centre, work programmes to clean and clear drains and a housing project.

“Laventille West ready for a change long time, especially with Hinds as the MP. Rodney (Stowe) has our full support.”

Wilson said he was not paid to place flags along the Beetham, but did it to show support for the rising sun and signal that the Beetham Gardens now belonged to the UNC.

“This time we voting UNC. We helping those who help us.”

But PNM activist from the area Kareem Marcelle laughed at the notion that Beetham was now siding with the UNC.

“They have more flags than supporters!

“There is some resentment for Hinds in the community, but I do not believe that the community has been neglected by the PNM, as being suggested or that they are voting UNC.”

Marcelle said the residents had to agitate for many of the projects that the area received over the years. While admitting that there were many programmes that benefited them, he felt make-work programmes and unsustainable jobs such as the Unemployment Relief Programme were not enough for his fellow constituents.

While Marcelle and Wilson debated the best representative for the area, Kirk Waithe, leader and sole candidate of the Nationwide Organisation of We the People (NOW), joined in, hoping to convince those who were listening. This “battle for Beetham” took place outside the UNC’s Beetham Gardens campaign office on Main Street, Beetham Gardens.

“Forget red and forget yellow,” he said, “Is time for Beetham and all of Laventille West to go black (the NOW’s colour). Send a message to both parties: vote for NOW.”

He overlooked the other candidates: Natalia Moore of the Progressive Empowerment Party, Sandra Emmanuel (New National Vision) and Kirt Sinnette (Congress of the People).

Beetham resident and UNC supporter Kenneth “Spanish” Rodriguez interjected. He reminded Waithe that with his one-man campaign, if he obtains 13,001 votes to make him the winner, he will be sidelined in Parliament as an opposition MP and therefore unable to assist the constituents.

Waithe said that without even considering becoming a politician he was able to get laws changed through his NGOs Arrive Alive and Fixin’ T&T and will continue to do so even without the backing of a party in Parliament.

“We will bring jobs to the area. I already have connections with an equity firm that will be willing to partner with the community to teach financial literacy and help create opportunities for the people of Laventille West to develop themselves.”

Despite all the back-and-forth, political analyst Dr Bishnu Ragoonath says Beetham Gardens will not deviate from the PNM. He added that while other parties may make inroads in the area, that is not enough to suggest a takeover.

The predominance of yellow flags didn’t change his mind.

“You usually see these things around the political office for the opposing party in the communities that are fundamentally of a particular party.”

But it wasn’t necessarily deeply significant.

“I have seen UNC banners and flags in communities that are predominantly PNM – but that does not mean there is widespread switch.’ 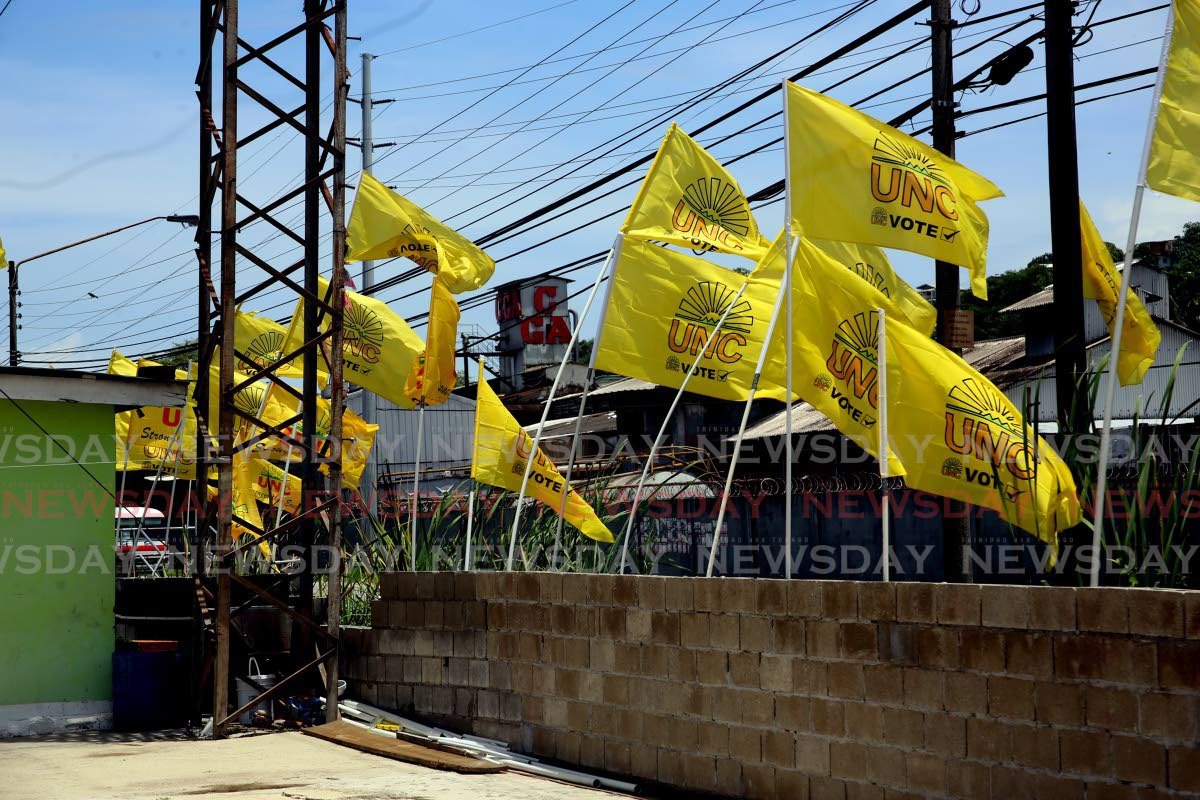 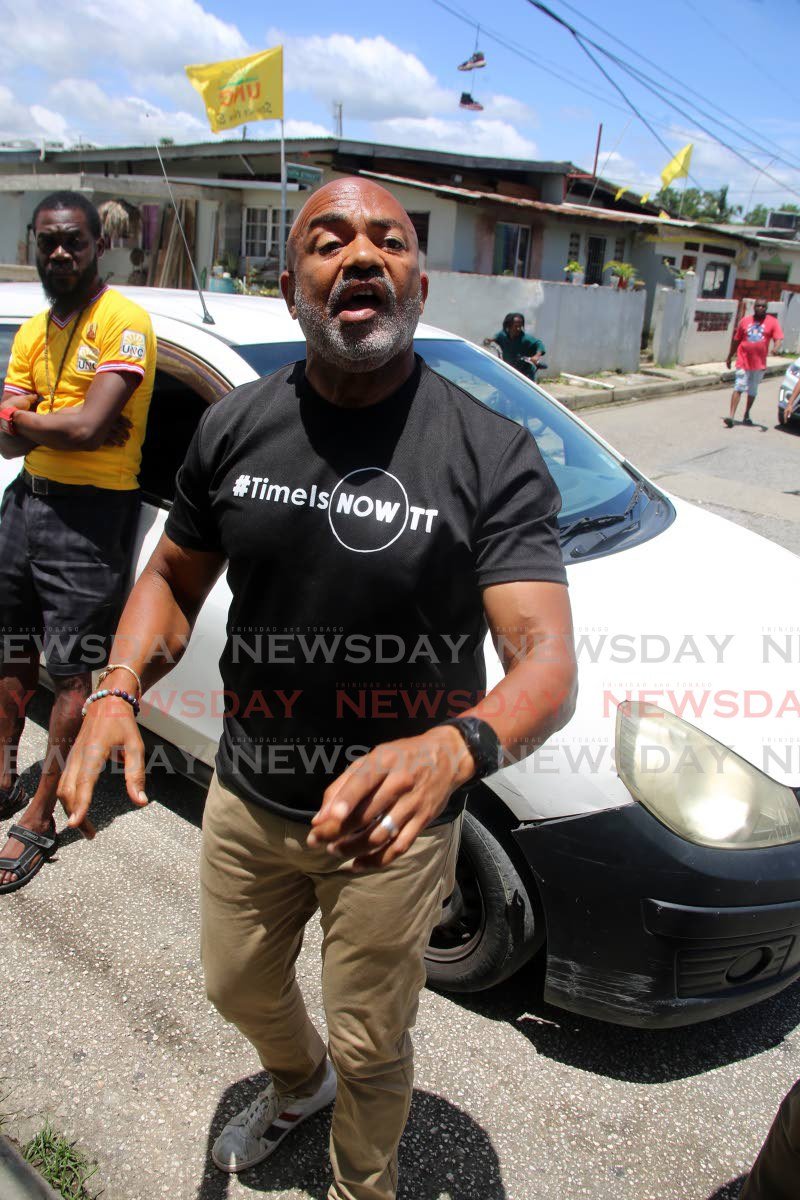 IPL has democratised cricket for many countries, says Ian Bishop

IPL has democratised cricket for many countries, says Ian Bishop

AG on stricter sex-offence penalties: I can’t do it alone

5 Courses To Prepare For a Google Analytics Certification For $34