Young: Sorry, but no 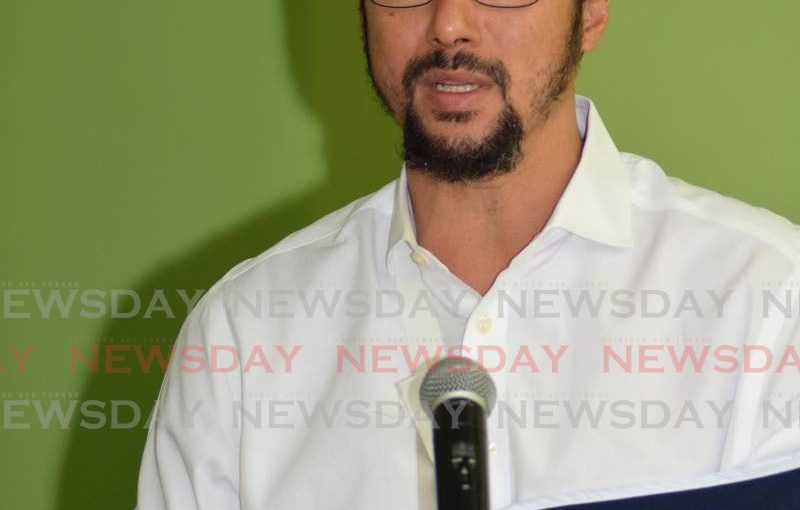 TT citizens stranded in Margarita are calling on the government to send supplies if it cannot help them return home.

Some of them spoke to Newsday on Tuesday.

They said 70 of them had travelled to Venezuela before any covid19 cases were reported there.

Venezuela had reported 84 cases up to Tuesday afternoon, according to Worldometer.

Now, they say, most of them have nowhere to stay, and they are running out of money, food and ideas on how to survive.

In a message to citizens pleading for help to return home, Minister of National Security Stuart Young said on Tuesday: “Stay put, be safe, and be responsible, wherever you are.”

He was speaking at a press conference, where he also said the government stands by its decision to keep TT’s borders shut.

“We feel empathy, we honestly do.

“But the duty of the government – which we are very clear about – is to protect those who are here, and to uphold our decision to close the borders.”

TT closed its borders to foreign citizens, initially for 14 days, on March 27. A complete shutdown took effect at midnight on March 22.

The stranded citizens told Newsday they had heeded the government’s advice not to travel to any country with cases of the virus. It was during their stay that Venezuela recorded its first case.

Lawrence Adam said he left Trinidad to help his mother – a Venezuelan national – take food for relatives elsewhere in Venezuela. His brother David Adam was also on the trip.

“We (are) living in Trinidad since we were babies. We live and work in Trinidad. We are nationals,” Lawrence said. “Everything was normal when we left, no cases in Trinidad or Venezuela. Apparently we just came here at the wrong time.”

He said the family is staying at a hotel, but funds are running low and they are worried what may happen next.

He felt that to help them get home, “The government could have done something with (Venezuelan President Nicolas) Maduro, seeing they have close relationships.”

He said he is willing to go into self-quarantine if he is allowed to return to TT.

The group understands the sensitivity of the situation, he said, but all they are asking the government to do is to send assistance, if it cannot get them out of Venezuela.

David Adam also spoke to Newsday. For him the last hope is help from the government.

But, he said, “It’s like we don’t exist in their minds. All we hear is Stuart Young saying there is nothing TT can do.

“Don’t leave us like dogs. We are also Trinidadians.”

Another of the group, Kenrick Nobbee, said before he left TT, he had checked with his travel agent, who assured him travel to and from Venezuela was normal.

“Everything was on track for our return on Thursday last – until Tuesday, leading to a situation one was prepared for.”

He said he feels like the government had “washed its hands” of the stranded citizens in their time of need.

He said the rest of the group also felt disappointed by the government and hurt by comments made by their compatriots “to the effect that, ‘They look for that,’ ‘Leave them there,’ ‘Let them find/pay their own way.’

“Some are being assisted by sympathetic Venezuelans, but with their own economic realities, how much can they do?

“Now with the closure of Piarco (Airport), the uncertainty of our immediate position is distressing.”

He said all banks in Margarita are closed and there is no way to transfer funds. So there are problems in buying food and getting transport, leaving “many stranded TT nationals in a desperate bind.

“The TT Government seems to have washed its hands of this situation,” he complained, “claiming that there is nothing that it can do. Everyone is hoping for an early resolution but isn’t optimistic.

“Imagine being in a foreign land with little or no money, unable to speak the language and with no one to turn to – even your own government.”

Newsday understands some of the stranded citizens, who stayed at the Playa El Agua hotel, had to move, as the hotel closed its doors because of the increasing fear of covid19.

The group last stayed at Sunsol Isla Caribe, another hotel minutes away, but that hotel later decided to close on March 25.

No one could say where the group was moving to.

The post Young: Sorry, but no appeared first on Trinidad and Tobago Newsday.